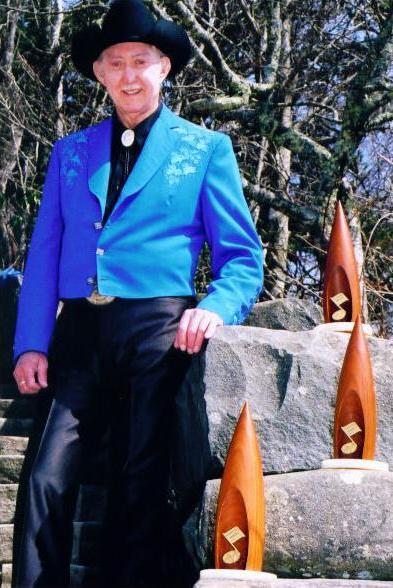 Jack Henry Greene (January 7, 1930 – March 14, 2013) was an American country musician. Nicknamed the "Jolly Greene Giant" due to his height and deep voice, Greene was a long time member of the Grand Ole Opry. A three-time Grammy Award nominee, Greene is best known for his 1966 hit, "There Goes My Everything". The song dominated the country music charts for nearly two months in 1967 and earned Greene "Male Vocalist of the Year", "Single of the Year", "Album of the Year" and "Song of the Year" honors from the Country Music Association. Greene had a total of five  1 country hits and three others that reached the top ten. ''Billboard'' magazine named Greene one of the Top 100 "Most Played Artists". Provided by Wikipedia
Showing 1 - 1 of 1 for search: 'Greene, Jack', query time: 0.01s
Search Tools: Get RSS Feed — Email this Search —
Loading...